Forecast: According to the existing logic, the normalization of  relations will end with Armenia`s dependence on Turkey 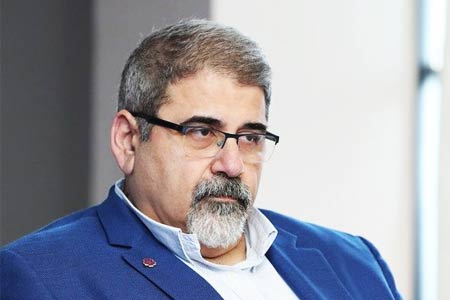 ArmInfo.The fact of appointing a rather inexperienced, especially in comparison with Serdar Kilic, Ruben Rubinyan as the special representative of Armenia in  negotiations with Turkey gives the impression that in reality  everything has already been agreed between Yerevan and Ankara.

"In principle, a significant difference in weight categories, the  defeat of Armenia in the war not only against Azerbaijan, but  actually against Turkey in the fall of 2020, already forms a certain  attitude of Ankara towards Yerevan. Which gives the figure of the  Armenian special representative, at best, a third-rate significance.  The Turks consider the Artsakh issue resolved, but continue to demand  the "Zangezur Corridor", which is a continuation of their long-term  policy of preconditions towards Armenia," he noted.

The ARF member considers the destruction of the political theses and  goals of the Armenian Diaspora in the United States to be an  important goal of Ankara in the processes with Yerevan, which  contains a certain danger. First of all, due to the prospect of the  formation by the Turks, with the support of the Armenian authorities,  obstacles in the way of the activities of the "Hay Data" offices and  other Diaspora political bodies.  According to his forecasts, if  official Yerevan opposes the work of these bodies, it will be much  more difficult for the Armenians of the Diaspora to defend their  interests. Which, in Manoyan's opinion, will end with a surge of  discontent not only in the Diaspora, but also in Armenia itself.

The ARF member does not see special economic benefits for Armenia  from the prospect of unblocking the Armenian-Turkish border.  Referring to the research and analysis of ARF experts in this area,  he stressed that the opening of the Turkish market for Armenian  products will end in nothing. First of all, due to the need to comply  with European standards for imports to Turkey. So far, very few such  goods are produced in Armenia, while nothing prevents the Turks from  exporting goods of any quality to Armenia today.

Manoyan sees another threat in the economic component of the  normalization of relations - the economic expansion of Turkey in  Armenia with the prospect of political expansion, through the  purchase of strategically important objects on the way of which there  are no legislative restrictions in Armenia. Along with the remaining  issues on the agenda, dragging Armenia into economic dependence on  them, Turkey and Azerbaijan will use all opportunities to dictate  their terms and policies to Armenia.

"We must understand the main thing: Turkey does not want to see an  independent Armenia as its equal neighbor. The Turks are pursuing a  process with Armenia exclusively in one direction - the formation of  our country's dependence on them.  Something similar has already  happened with neighboring Georgia. This is a clear example for us.  The ARF is absolutely not against the establishment of normal  relations with Turkey, but only if Ankara does not have the desire to  make Armenia dependent on itself. The Turks must recognize the  Genocide, pay compensation and thus provide us with guarantees that  such events will not happen again in the future. Only after that it  will be possible to normalize relations,"  summed up the ARF member.