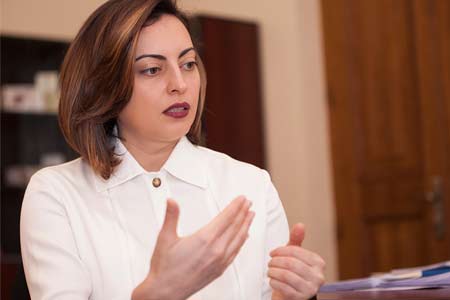 ArmInfo.The ruling "Civil Contract" faction proposes to simplify the procedure for entering into the inheritance of citizens who died in the 44-day war.

According to MP from the Civil Contract and co-author of the  legislative initiative Lena Nazaryan, according to the current  legislation, the inheritance can be accepted within 6 months from the  date of death of a citizen. "But if a person died under certain  circumstances, say, a war or a natural disaster, and for a long time  his identity was not established, then the process of obtaining an  inheritance is complicated, because in this way the heir misses the  deadline for accepting the inheritance," she noted. According to her,  relatives of citizens who died in the 44-day war in 2020 faced the  problem.  By amending the Civil Code, parliamentarians propose to  resolve the issue as follows: if the identity of a citizen is not  established within a month after hisher death, then the date of  opening of the inheritance will be considered not the day of death,  but the day of its state registration.

As the MP explained, the decision will not be extended to those cases  where, by the time the legislative act comes into force, there is a  statement addressed to the notary related to the acceptance of the  inheritance.