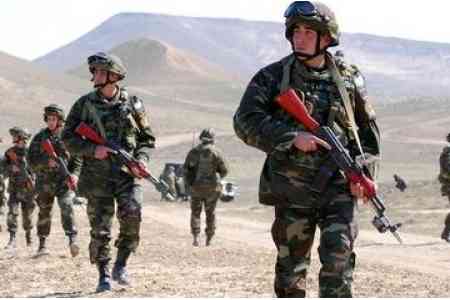 ArmInfo. Azerbaijani troops have murdered an Artsakh civilian in cold blood. The victim is a shepherd from the village of Chartar, Seyran Sargsyan.

The National Security Service of the Republic of Artsakh reported  earlier that a resident of Artsakh had lost his way and had been  captured by Azerbaijani troops. However, Seyran Sargsyan actually  turned out to be kidnapped in a neutral zone and shot dead later, the  former member of Armenia`s Parliament Naira Zohrabyan reported in a  Facebook message.

"Today, about 1:00pm, Azerbaijanis entered the neutral zone in the  vicinity of Chartar, abducted an Artsakh citizen and brought him to  an Azerbaijani base where he was murdered. The moment of abduction  was video recorded.

According to Azerbaijani media, which referred to the ministry of  Defense of Azerbaijan, an Armenian had allegedly attacked an  Azerbaijani serviceman and tried to seize his weapon. After firing a  warning shot into the air, the Azerbaijani serviceman, "acting in  self-defense, neutralized" the attacker. The incident was reported to  the Russian peacekeepers and the Russian-Turkish monitoring center.  An investigation has reportedly been launched.