Pashinyan: The "omicron" strain has not yet been identified in  Armenia, but we have to be vigilant 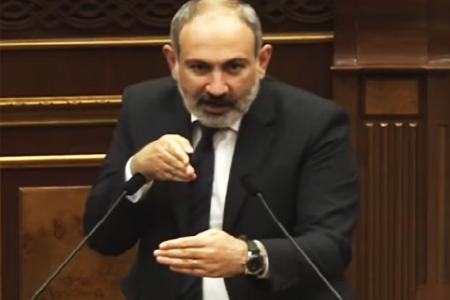 ArmInfo.he situation with the coronavirus in Armenia has improved, but we have to be vigilant , RA Prime Minister Nikol Pashinyan said at a government meeting on  December 2, recalling that a new strain called "omicron" has been  discovered in the world.

According to him, the "omicron" strain has not yet been identified in  Armenia. "There is not a single citizen infected with this strain,  but it is not yet clear what effect this strain may have on people,  what the complications will be. Therefore, in the near future we  should not relax our vigilance until the situation with this new  strain improves," said Pashinyan.

The head of government noted the positive dynamics in the vaccination  process. "I rely on the data on the second dose, because we already  have a significant number of citizens who received two vaccinations,  we crossed the threshold of 480 thousand, reached 500 thousand. Apart  from weekends, we manage to vaccinate more than 20 thousand people a  day. The workload of hospitals has also significantly decreased, " he  said.

The head of the Armenian Ministry of Health, Anahit Avanesyan, in  turn, noted that about 40% of the adult population of Armenia  received the first dose of COVID vaccine, and 23.9% - the second  dose.