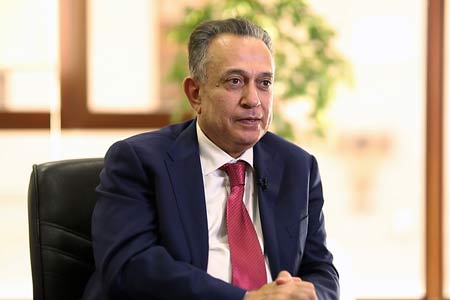 ArmInfo.Since the announcement of the issue of shares by ACBA Bank (in September of this year) to this day, about 4000 individuals and legal entities have invested  over 4.5 billion drams, becoming shareholders. As noted in the  message of the Bank, this is the largest placement of shares held in  Armenia. A similar scale of placement is already ensured by further  listing of ACBA Bank shares on the liquid platform of the AMX/Armenia  Securities Exchange.

ACBA Bank Chief Executive Officer Hakob Andreasyan noted: "The  investor has two reasons to become a shareholder of ACBA Bank:  financial and non-financial. The financial goal of the acquisition is  very specific - to get a stable and long-term income. And in  non-financial terms, we give people the opportunity to become a  shareholder and participate in one of the best companies (groups) in  Armenia, and, having become a shareholder, everyone can take part in  management. The first reason that made such a step was due to the  fact that during 25 years of working with an army of clients, they  already considered this bank their own, they themselves contributed  to our strengthening. We had to give them the opportunity to purchase  shares at book value. I am glad that the number of our shareholders  is increasing, the process is very positive. We feel obligated to do  better, be more transparent and manage our financial group more  effectively. "

More details of the news are presented in the video under the link:   https://www.youtube.com/watch?v=lgrUevTKjNk.

The funds received from the placement of shares are planned to be  directed to the development of the Armenian economy, in particular,  agriculture, the formationof new infrastructures, the efficient use  of water resources and a number of areas that will contribute to the  commensurate development of communities and the protection of the  environment.

To remind, in the banking sector of Armenia, "Armeconombank" OJSC was  traditionally distinguished by an impressive number of shareholders,  having 5027 shareholders as of June 30, 2021.