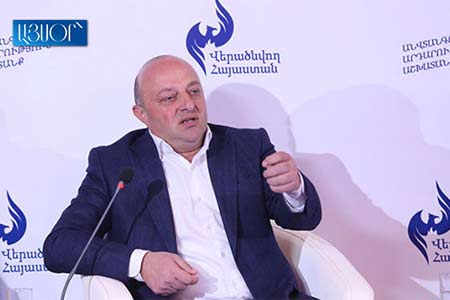 ArmInfo. MPs of the "Hayastan" ("Armenia") faction today greeted their fellow party member Artur Sargsyan, who had recently been released from arrest, with a standing  ovation. Sargsyan took an oath to fulfill his duties in good faith in  the interests of the country's population and ensuring the  sovereignty of the Republic of Armenia.

To recall, former mayor of Sisian Sargsyan was accused on the grounds  of part 2 of Article 308 (abuse of office) and part 1 of Article 314  of the Criminal Code of Armenia (introduction of deliberately false  information or entries by an official in official documents, forgery,  erasure or other numerical entries or changes, as well as the  preparation or issuance of false documents for personal gain, or for  other personal motives, or based on group interests). Artur Sargsyan  was arrested on July 17 and released on AMD 20 million bail in  mid-October.