Another batch of Spikevax vaccine delivered to Armenia 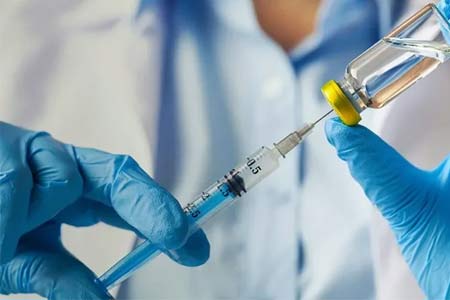 ArmInfo. The Ministry of Health of Armenia, the Moderna company and the Kingdom of Norway signed a trilateral agreement, according to which the next batch of Spikevax anticovid vaccine will be supplied to Armenia. Minister of Health of Armenia Anahit Avanesyan announced this on her Facebook page. According to her, 620,400 doses of Spikevax vaccine produced by Moderna will be imported into the country.

the delivery of the new consignment.

Note that according to the regulation on October 17 of this year in Armenia 588 385 people were vaccinated against coronavirus, of which 403 431 received the first component, and 184 954 received the second, respectively.

Anticovid vaccines of Russian production (Sputnik V), British-Swedish (AstraZeneca) and Chinese (CoronaVac and Sinopharm) are available in Armenia without any restrictions. In early October, the first limited batch of Spikevax vaccine, manufactured by the American company Moderna, was delivered.  Earlier it was reported about negotiations for the purchase of American-made vaccines Novavax, Johnson & Johnson and Phizer.

As of October 22 of this year in Armenia, 291,052 cases of coronavirus infection were registered, while 258,486 people recovered, the number of deaths reached 5,944. The number of active cases of the disease crossed the mark of 25 thousand