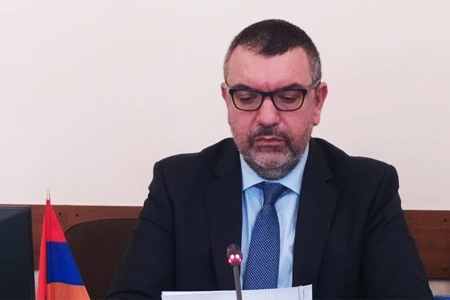 ArmInfo.On October 19, a meeting of the Permanent Council of the Collective Security Treaty Organization was held under the chairmanship of Permanent and  Plenipotentiary Representative of the Republic of Armenia to the CSTO  Viktor Biyagov.

According to the CSTO press service, during the meeting of the  Permanent Council, a draft Joint Statement of the Collective Security  Treaty Organization member states on combating the glorification of  Nazism, neo-Nazism and other practices that contribute to the  escalation of modern forms of racism, racial discrimination,  xenophobia and related them intolerance was agreed. The statement is  planned to be announced at the meeting of the 3rd Committee of the  76th Session of the UN General Assembly.