Seyran Ohanyan was refused permission to take part in work of CSTO  IPA in St. Petersburg 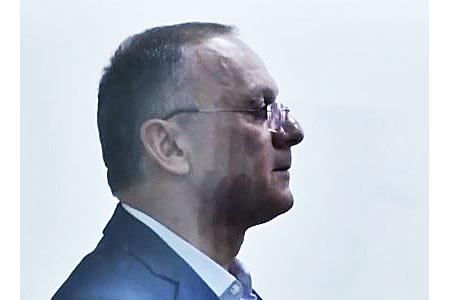 ArmInfo. The Special Investigation Service refused to give permission to Head of the  Hayastan faction (Armenia), former Defense Minister Seyran Ohanyan to  fly to St. Petersburg to participate in a meeting of the CSTO  Inter-parliamentary Assembly. This is stated in the statement of the  Hayastan bloc.

"It is noteworthy that a preventive measure was applied against  Seyran Ohanyan within the framework of criminal prosecution with an  expired statute of limitations, which is already a mockery of the  law. In these difficult conditions for the country, the fact of  another violation of the right to immunity of opposition MPs Seyran  Ohanyan and Armen Gevorgyan, who have experience of contacts with  foreign partners, when they are simply prohibited from representing  Armenia in international organizations , once again testifies to the  disintegration of democratic foundations in our country.

It is unclear whose or which country interests are served by such SIS  investigators in the context of the importance of working with the  CSTO and in the context of the foreign policy of these authorities,  which does not yield results, but only creates problems, "the  opposition bloc stressed.

Earlier, the investigating authorities refused to give permission to  MP Armen Gevorgyan to travel abroad and participate in the work of  the autumn session of the PACE.