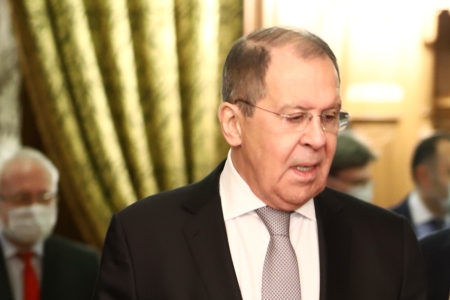 ArmInfo.Five Russian schools will open in Tajikistan as part of an initiative to strengthen the position of the Russian language, similar programs are being prepared  for Uzbekistan, and Armenia is also showing interest in the project.  As reported by TASS, Russian Foreign Minister Sergei Lavrov said,  speaking at the Seventh World Congress of Russian Compatriots Living  Abroad.

Lavrov drew attention to the fact that the Russian Federation is now  taking active steps, which, according to the instructions of Russian  President Vladimir Putin, "strengthen the position of the Russian  language, Russian culture and the Russian world as a whole."

"Five Russian schools are being created, including on the initiative  of [Federation Council Speaker] Valentina Matvienko, with a full  training program according to our methodology in Tajikistan. Now a  similar program is being prepared for Uzbekistan. Recently, the new  Armenian leadership has expressed interest in ensuring that the same  program to do for Armenia, "the minister said.

The head of the diplomatic service pointed out that the Russian  Federation is interested in making this approach a model program for  all allies and partners of the country. "The system of branches of  Russian universities in the CIS countries is also very, very  well-established, also tends to expand and develop," Lavrov added,  noting that the implementation of this program is somewhat delayed,  but Moscow will overcome obstacles.

The construction of five schools in Tajikistan with instruction in  Russian is a joint initiative of the presidents of Russia Vladimir  Putin and Tajikistan, Emomali Rahmon. In April 2019, an Agreement was  signed between the governments of Tajikistan and Russia on the  construction and material and technical equipment of educational  institutions in five cities of the republic - Dushanbe, Khujand,  Bokhtar, Kulyab and Tursunzade - with training in Russian. Each  school will have 1,200 students.