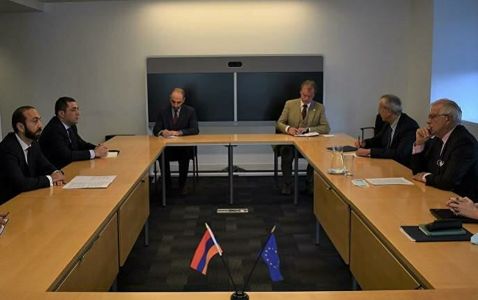 As reported by the press service of the RA MFA, the interlocutors  expressed satisfaction with the dynamic development of the Armenia-EU  partnership. They also touched upon the effective implementation of  the Agreement on a Comprehensive Enhanced Partnership between Armenia  and the EU, as well as issues related to the upcoming Eastern  Partnership Summit.

The parties also exchanged views on issues of regional stability and  security. In the context of resolving humanitarian issues that arose  after the 44-day war, Ararat Mirzoyan stressed the imperative of  unconditional repatriation of Armenian prisoners of war and civilian  hostages held in Azerbaijan and the inadmissibility of politicizing  this issue.

During the meeting, the need to resume the process of peaceful  settlement of the Nagorno-Karabakh conflict under the auspices of the  OSCE Minsk Group co-chairs and the achievement of a comprehensive and  long-term settlement of the conflict were emphasized.

The sides mutually stressed the importance of making efforts to  ensure de-escalation, security and stability in the region.