RA Prime Minister: "No complications worthy of mention" were recorded  among vaccinated about 385 thousand citizens 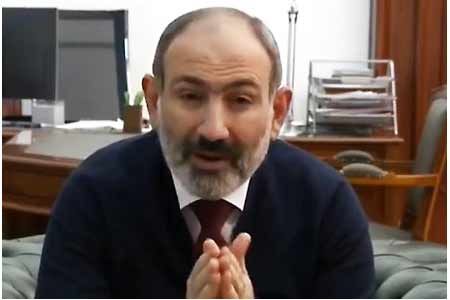 ArmInfo.Head of the Ministry of Health of Armenia Anahit Avanesyan notes a sharp increase in the number of people wishing to be vaccinated, which, in her opinion,  speaks of the confidence of citizens in the vaccination process. "At  the same time, we need to increase the number of people vaccinated  daily in order to ensure the so-called collective immunity," the  minister said on September 24 before a government meeting.

So, according to the head of the Ministry of Health, according to the  situation, 385,503 vaccinations against COVID-19 have been made in  Armenia today. The rate of vaccination is growing daily - just the  day before, 8,440 vaccinations were made (9,900 - September 22).  According to Avanesyan, citizens realized that vaccines are  effective, safe and protect against serious harm to health and death  due to coronavirus infection.  Anahit Avanesyan admits that  vaccinated citizens are not fully protected from infection with a new  coronavirus infection. However, if infected, they are easier to carry  the disease. To date, 11 470 patients with COVID-19 are currently  undergoing treatment, and 286 alone of them are vaccinated, she said.

RA Prime Minister Nikol Pashinyan, in turn, stated that when  comparing the data, it turns out that the vaccine protects against  infection by 97.5% and from hospitalization by 98.2%. The head of  government pointed out that to date, no "noteworthy complications"  have been recorded among the vaccinated patients.

Earlier, the Ministry of Health of Armenia made amendments to the  requirements for compliance with anti- epidemiological standards,  which will come into force on October 1 and will affect employees in  a number of spheres. In particular, according to decision 65 N of the  Minister of Health, from October 1, workers are required to submit a  negative PCR test result to the employer every 14 days. The test  certificate must be received no later than 72 hours, the test is  carried out at the expense of the employee.

The requirement applies to employees of government agencies,  municipalities, closed enterprises, mining, construction sites,  organizations engaged in office activities, wholesale and retail  trade, service industries (hotels, catering points, beauty salons),  public transport. This is a mandatory requirement for health workers,  gyms, sports schools, employees of kindergartens, educational  institutions, libraries, cinemas, museums and other cultural  facilities. Restrictions do not apply to people who have completed  the full course of vaccination, or received one dose of the drug and  are waiting for a second dose, pregnant women and those who have a  temporary or permanent contraindication to vaccination.

Despite the fact that the head of the Ministry of Health herself has  repeatedly stated that vaccination against coronavirus does not  exclude the risk of infection, on the eve of Anahit Avanesyan in the  National Assembly of Armenia during a working discussion on this  issue, she stated that it is not known for certain that revaccination  will be required or not, but if necessary receive the third dose of  the vaccine, then it will need to be received.

On September 23, during a meeting in the government, Prime Minister  Nikol Pashinyan instructed interested government agencies to ensure  the implementation of the order, which will come into force on  October 1. Pashinyan stressed the importance of this legislative  regulation in the context of controlling the epidemic situation,  ensuring public health responsibility and raising public awareness in  this direction.  It should be noted that the process of large-scale  vaccination started in Armenia on April 13, and it is planned to  vaccinate about 700 thousand residents by the end of the year.   Vaccinations in Armenia are free of charge, while the cost of taking  a PCR test is about 15 thousand drams (about $ 30).