Ararat Mirzoyan: To establish regional stability, it is important to  get rid of anti-Armenian rhetoric and to carry out unconditional  repatriation of prisoners of war 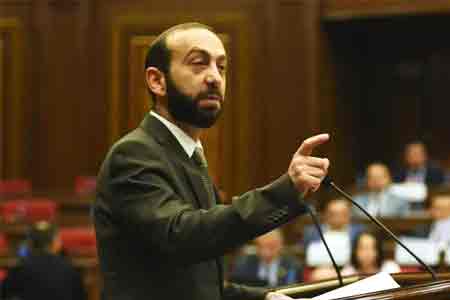 As reported by the press service of the RA Foreign Ministry, the  Ministers of Foreign Affairs of Armenia and Finland expressed their  readiness to jointly develop the Armenian-Finnish cooperation. They  discussed issues of establishing consultations between the foreign  ministries of the two countries, the development of cooperation in  the fields of education, environmental protection and business.

Touching upon the issues of regional stability and security, the RA  Foreign Minister stressed that to establish regional stability and  security, it is important to maintain the ceasefire regime, to carry  out immediate and unconditional repatriation of prisoners of war,  civilian hostages still being held in Azerbaijan, as well as  to get  rid of anti-Armenian, belligerent rhetoric.

Ararat Mirzoyan also stressed the need to resume the process of  peaceful settlement of the Nagorno-Karabakh conflict within the  framework of the OSCE Minsk Group co-chairmanship, aimed at a  long-term and comprehensive settlement of the conflict.