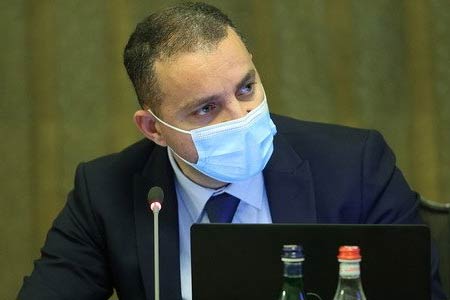 ArmInfo.The Russian "Metrogiprotrans" company took part and won the tender of the  Municipality of Yerevan for the design of a new metro station in the  capital.  Minister of Economy of Armenia Vahan Kerobyan said this in  an interview to Public Television.

The Russian side, he said, offered to finance this project, as well  as to undertake construction work. The total cost of the investment  program is $ 150 million. Kerobyan noted that the matter concerns  10-year financing, about which there is already a written agreement.

In this regard, the minister stressed that such large infrastructure  programs are good prerequisites for achieving the promised indicators  for economic growth and the well-being of the population.

To note, "Metrogiprotrans" is one of the largest design and survey  organizations in Russia, which was founded in 1933. "Metrogiprotrans"  has developed projects for the construction of all 300 km long lines  of the Moscow Metro in operation with 171 stations, feasibility  studies for the construction of the first metro lines operating in  Russia and most of the CIS countries, as well as projects for the  construction of many railway, road and hydraulic tunnels, urban  underground transport intersections, industrial and public buildings  and structures.