Deputy Foreign Minister of the Russia: We continue to view the Minsk  Group as an important tool for advancing along the path of the peace  process 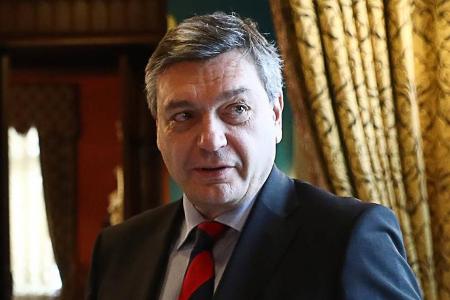 ArmInfo.I would not say that the OSCE Minsk Group is idle. Contacts continue, maybe not so public, but nevertheless they exist. Russian Deputy Foreign Minister Andrei  Rudenko stated this in an interview with TASS, answering the question  that Armenian Prime Minister Nikol Pashinyan stated that he was ready  to continue to interact with Azerbaijan through the OSCE Minsk Group.

<However, at least in the information field, no progress is visible.  Can such contacts take place in the Minsk Group, in which we  co-chair, and does this format remain relevant for us?>, The TASS  correspondent noted in his question.

According to the Deputy Foreign Minister of the Russian Federation,  the Russian co-chairman of the Minsk Group visited Baku and Yerevan,  held a number of meetings there, incl. on the highest level. "At  present, the three co- chairs are planning to meet in New York on the  sidelines of the UN General Assembly: meetings with each other and  with the foreign ministers of Armenia and Azerbaijan. If this  happens, it would be a good sign that the process of normalization  between the two countries has taken on a practical shape. We continue  to view the Minsk Group as an important tool to advance the peace  process.