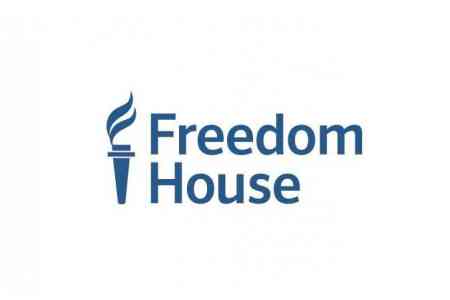 Thus, in the newly published Freedom House report "Freedom of the  Internet" Armenia is ranked among the countries with free Internet.

At the same time, according to the publication, Armenia this year  dropped by 4 lines in the field of Internet freedom compared to last  year's indicators, gaining 71 points out of a possible 100.   "Internet freedom in Armenia has been significantly limited as a  result of measures taken by the government to manage information  flows during the armed conflict between ethnic Armenians and  Azerbaijani forces in Nagorno- Karabakh," the authors of the report  note.

Human rights activists state that the imposition of martial law at  the end of September 2020 imposed wide restrictions on the ability of  the media to cover the hostilities, including by prohibiting  statements that pose a threat to national security, allowing  authorities to demand the removal of content, and imposing fines for  non-compliance.  "A number of Turkish and Azerbaijani sites with.az  and .tr domains have been unavailable for several weeks. Users have  also reported problems accessing TikTok. Notable news sites have also  been subject to technical attacks, including distributed denial of  service attacks ( DDoS), as a result of which many of them were  temporarily unavailable during the conflict, "the report says.

The report considers positively the fact that the Armenian government  stopped collecting metadata, including location data and telephone  recordings, from telecommunications introduced for the purpose of  contact tracing, which was introduced at the beginning of the  coronavirus pandemic.

The government of Prime Minister Nikol Pashinyan has pledged to  tackle systemic corruption, electoral gaps and insufficient  application of the law in various areas. "Despite the government's  reformist stance, concerns remain about political interference in the  judiciary and hostile rhetoric against the media by government  officials," the report reads.

Note that neighboring Georgia is also among the states with a free  Internet with a score of 77 points, Azerbaijan - 35 points and among  non-free states, Iran - 16 points, Turkey - 34 points.  Note that the  states which scored from 1 point to 39 points are assigned to  countries with a non-free Internet, from 40 points to 69 points  partially free, and from 70 to 100 free.