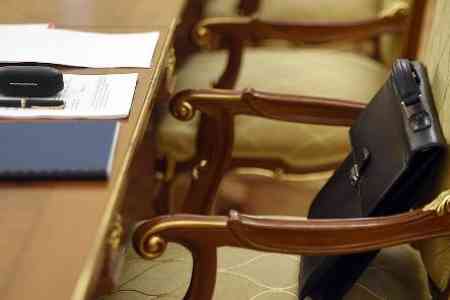 ArmInfo. Deputy Governor of the Ararat Region of Armenia Sergey Atomyan was relieved of his post and appointed head of the Criminal Executive Service of the RA  Ministry of Justice.

According to the official website of the government, the relevant  decisions were signed by RA Prime Minister Nikol Pashinyan on  September 15.

Former member of the My Step faction Sergey Atomyan was appointed to  the post of Deputy Governor by Pashinyan's decision of June 23, 2021.

Meanwhile, governor of the Ararat region Razmik Tevonyan reversed his  decision about resigning. It is reported that the decision was hasty  and after thinking and realizing that he wanted to continue working  as governor.

To recall, Razmik Tevonyan resigned on September 9. The next day, on  the regional administration's Facebook page, he denied rumors that  his resignation was connected "with the signing of a document on the  surrender of Tigranashen."

"I officially declare that the rumors about the transfer of  Tigranashen are far- fetched, this has never been discussed and will  not be discussed. Please refrain from false and groundless  speculations," he wrote.