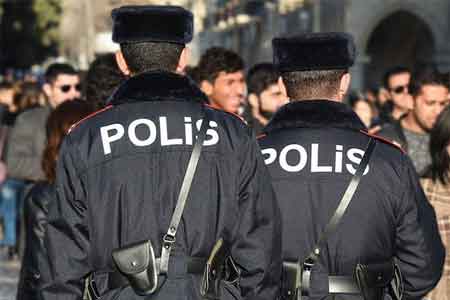 ArmInfo. Azerbaijani police detained two Iranian drivers at the Eyvazli section (near the Armenian village of Vorotan) of the Goris-Kapan highway. "Iran has officially confirmed the fact of the arrest, it was stated at a meeting of the Armenian  parliament.

To recall, on September 12, from 12:00, the Azerbaijani police began  to stop trucks with Iranian numbers on the section of Eyvazli (near  the Armenian village of Vorotan) of the Goris-Kapan highway passing  through the territory of the Republic of Armenia.

On this issue, Armenian Prime Minister Nikol Pashinyan referred to  the borders of Soviet Armenia and said that the country would  stubbornly follow the strategy of establishing a strong peace in the  region and urged the deputies not to give a reason for a different  understanding of the situation. He said that "we need strong nerves"  in order not to succumb to provocations today.  Meanwhile, according  to the Iranian Irna agency, six Iranians imprisoned in Armenia were  transferred to Iran. The release took place on the basis of an  agreement between Tehran and Yerevan on the transfer of the convicts.  According to the agreement, Armenia intends to send to Iran and other  imprisoned Iranian citizens who are in Armenian prisons. According to  a report from the Iranian embassy in Yerevan, the Iranian convicts  were handed over to their homeland following the embassy's efforts  and meetings between Iranian and Armenian officials.