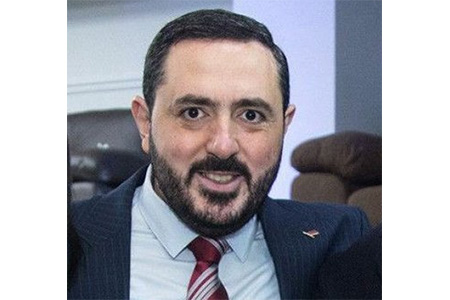 ArmInfo. Vahan Naribekyan was appointed Chief of Staff - Secretary General of the National Assembly of Armenia.

According to the information of the press service of the legislative  body, Vahan Naribekyan was appointed head of the staff - secretary  general of the National Assembly by the decree of NA Speaker Alen  Simonyan. "Guided by part 12 of Article 9 of the Law" On Public  Service "and taking as a basis Naribekyan's statement of August 3,  2021, I order to appoint Vahan Naribekyan as Chief of Staff -  Secretary General from August 3, 2021," the decree reads.