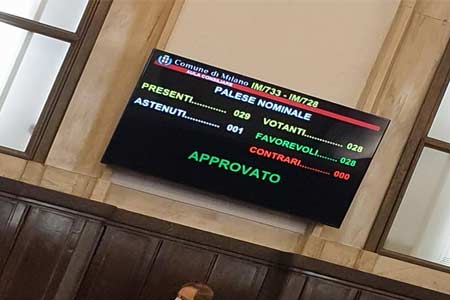 ArmInfo.The ruling "Civil Contract" faction and the opposition "Hayastan" and "I Have the  Honor" have nominated their candidates for the post of Deputy  Speakers of the parliament of the 8th convocation. Today, on August  3, the work of the first session convened in the National Assembly of  Armenia on August 2 continues.

Ruben Rubinyan(Chairman of the NA Standing Committee on Foreign  Relations of the 7th Convocation) and Hakob Arshakyan (former  Minister of High Technologies) are  candidates for the post of Deputy  Speaker of the National Assembly of Armenia from the "Civil Contract"  party, headed by Prime Minister Nikol Pashinyan, Representative of  the ARF Dashnaktsutyun Supreme Council, formerly coordinating the  protest actions of the Movement for the Salvation of the Fatherland,  MP from "Armenia" ("Hayastan") bloc, Ishkhan Saghatelyan, became the  single candidate from the "Hayastan" and "I Have  Honor" opposition  blocs for the post of the third Deputy Speaker of the RA National  Assembly.

To recall, following the results of the early parliamentary  elections on June 20, 2021, the National Assembly of the 8th  convocation consists of 107 MPs. The ruling Civil Contract party is  represented by 71 MPs, the "Hayastan" opposition bloc ("Armenia")  received 29 mandates, and the "I Have Honor" bloc -7 mandates.