Archaeological tourism will be developed in the Berd community 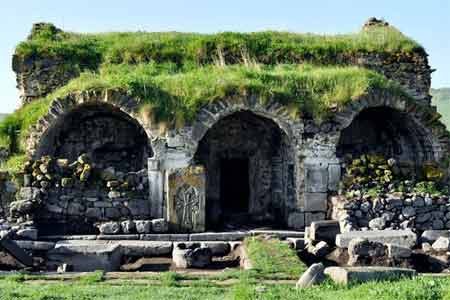 The program is carried out with the aim of expanding the territory of  the previously carried out excavations in order to learn about  possible buildings on the north-eastern slopes of the fortress, the  cultural layers of the area, and the archaeological environment  adjacent to the church.

Archaeological tourism is expected to develop in the Berd community  after the excavations.  According to SNCO researcher Tigran  Aleksanyan, before the war, they managed to complete excavations on  the territory of the church, but now the team is faced with the task  of finding the entrance to the citadel.  He said that during the  excavations, jugs for cooking on fire, pottery, floors covered with  lime and a khachkar, possibly dating from the 12th-13th centuries,  were found.

According to the source, for the first time archaeological  excavations on the territory of the Tavush fortress were carried out  under the guidance of archaeologist Hayk Yesayan in 1986-1988.