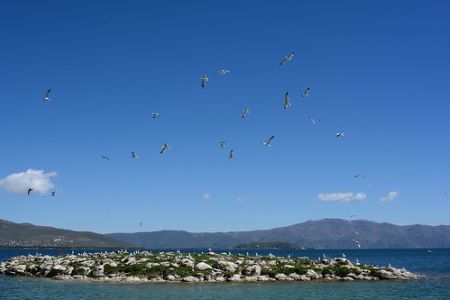 ArmInfo.The Sevan Startup Tent Sammit 2021 will not take place this year.  According to the official announcement of the organizers, the event is canceled due to the ban  of the Ministry of Nature Protection on the use of the traditional  site.

In particular, the organizers noted that after almost two months of  negotiations, the relevant state bodies considered it inappropriate  to provide a platform on the shores of Lake Sevan for the summit,  where the organizers are used to holding it.

At the same time, the RA Minister of Nature Protection Romanos  Petrosyan on his official Facebook page explained that the main  reason for the refusal to grant a place is that the summit was held  in close proximity to the specially protected area of the Norashen  reserve of the Sevan National Park. On the assurance of the acting  Minister, the organizers of the summit were offered other venues for  the event, but the latter categorically refused.

Moreover, after detailed discussions, the organizers were granted  permission to hold the Summit in their preferred location, but with a  number of restrictions due to the legal regime of reserves and  specially protected areas regulated by the legislation of the  Republic of Armenia. For example, it is forbidden to make bonfires in  this area. According to Petrosyan's assurance, the organizers were  officially notified of this. However, the latter again rejected the  proposal, citing the impossibility of holding the event, involving  about 10 thousand participants, in the mode of such restrictions.

At the same time, the Ministry of Nature Protection declares that the  proposal to hold the Summit on the territory of the Sevan National  Park, which does not have the status of a reserve or wildlife  sanctuary, is still in force. In this regard, Romanos Petrosyan urged  to refrain from spreading misinformation and misleading interested  parties. In fact, information about the ban was picked up by many  sources and Telegram channels, and was presented without mentioning  the environmental component of the problem in the exclusive vein of  the authorities' disinterest in the development of initiatives and  creativity of the Armenian IT community. It should be noted that the  Sevan National Park includes protected areas with a strict  environmental regime. The most famous is the Norashen reserve, which  is also called the "island of the gulls", where the unique Armenian  gull (Larus armenicus) is under protection.  Note that Sevan Startup  Summit is a tent startup that brings together aspiring entrepreneurs,  investors and other representatives of the IT ecosystem, creating an  unprecedented informal environment for education, establishing  business ties and investment deals. This site was the permanent venue  for the Summit in 2016- 2019.