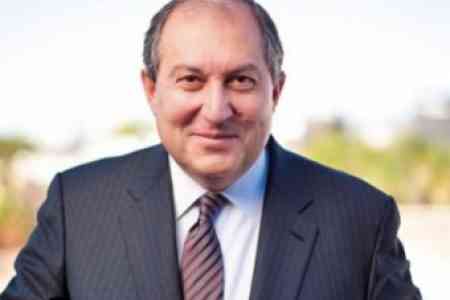 ArmInfo. Armenian President Armen Sarkissian held a telephone conversation with the leader of the "Armenia" bloc, the second president of Armenia, Robert Kocharian.   As reported by the press service of the presidential administration,  congratulating Robert Kocharian on the fact that the bloc headed by  him, following the results of the early parliamentary elections,  entered the parliament, President Sarkissian wished him productive  work for the benefit of the Republic of Armenia.

To remind, on June  20, early parliamentary elections of the 8th convocation were held in  Armenia.