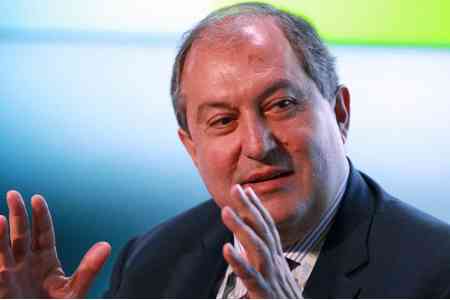 ArmInfo.Armenian President Armen Sarkissian held a telephone conversation with the leader of the "I Have Honor" bloc Artur Vanetsyan. As reported by the press service  of the presidential administration, the President congratulated  Vanetsyan on the fact that the bloc headed by him entered the RA  Parliament.

According to the source, Armen Sarkissian wished the "I Have the  Honor" bloc productive work in the name of the Republic of Armenia.

As a result, the "Civil Contract" party in parliament will receive a  constitutional majority (at least 71 out of 105 MPs), which will make  it possible to form a government headed by Nikol Pashinyan.