Elections put everything in place: Aram Sargsyan at a meeting with  Pashinyan 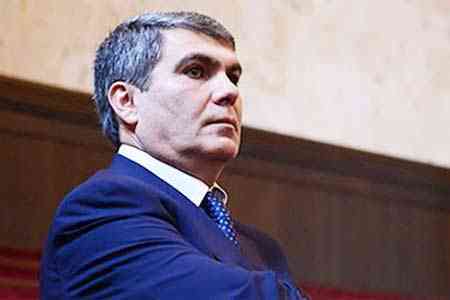 According to the press service of the government, Pashinyan said that  he followed the election campaign of the Hanrapetutyun party and  thought that the party would overcome the 5% barrier (required to get  into parliament - ed. note). He asked Sargsyan to tell how he  envisions the party's cooperation with the parliamentary majority.

Aram Sargsyan, in turn, noted that the elections have put everything  in their places (Sargsyan's party won 3.04% of the votes in the  elections - ed. note). He assured that his party will always be close  to the state. "It is extremely important for us, the independence of  Armenia, the process of maintaining independence, which we adhere to,  representing Western values, balancing the foreign policy line, is  extremely important," he said.

On June 20, early parliamentary elections were held in Armenia, as a  result of which three parties entered the new convocation of the  National Assembly of Armenia. According to the media, there will be  105 lawmakers in the 8th convocation of the National Assembly. The  mandates will be distributed as follows:  "Civil Contract" - 72  mandates, the "Hayastan" ("Armenia") bloc - 27 mandates, the "I Have  the Honor" bloc - 6 mandates. The previous parliament had 132  lawmakers.

Yesterday, acting Prime Minister Nikol Pashinyan, whose "Civil  Contract" party won a convincing victory in the early parliamentary  elections, met with his supporters on Republic Square. Nikol  Pashinyan said during his speech that he is starting political  consultations with all political forces that are ready to conduct a  dialogue for the future of Armenia.