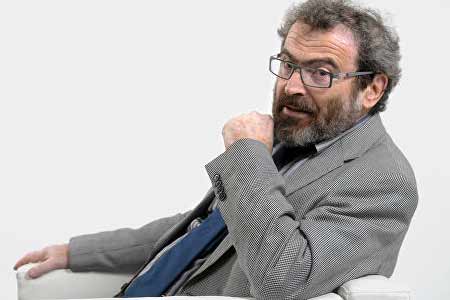 ArmInfo. The good news for Pashinyan from Moscow, congratulations and wishes of Dmitry Peskov, put an end to the attempts of Robert Kocharian, who had radiated  confidence in his own victory yesterday, to seriously challenge the  election results. Russian political scientist, expert on the  post-Soviet space Arkady Dubnov, expressed a similar opinion to  ArmInfo.

To note, the first foreign reaction to the results of the elections  in Armenia came from the Kremlin. "We are very carefully monitoring  and welcome the information that comes from Yerevan. We welcome the  information of the Central Election Commission of Armenia on these  elections. And, of course, we see that the Pashinyan's party won a  convincing victory, and we wish that the decision of the Armenian  people would help the country to enter the path of sustainable  development," Press Secretary of the President of Russia Dmitry  Peskov told reporters.

"In general, it must be stated that even before the elections,  Pashinyan was almost sure of his own sustainability. And a  significant role in this was played by certain assurances he received  personally from Putin, the essence of which was his commitment to  maintaining the neutrality in Pashinyan's struggle with Putin's  "personal friend" Kocharian. The Kremlin has assured Yerevan of its  refusal to help anyone in the election campaign, voicing a desire to  work with the winner, regardless of his personality. That is why the  news of the unconditional victory of the Civil Contract party in the  Kremlin was met quite favorably, "he said.

Dubnov also suggested that a certain contribution to Pashinyan's  victory belongs to former presidents Robert Kocharian and Serzh  Sargsyan, who tried to take revenge on June 20 for the defeat in the  spring of 2018. According to him, it was precisely the fear and  hatred of Sargsyan and Kocharian that overshadowed the people's  disappointment in Pashinyan as a fighter for justice. More than half  of the Armenian citizens entitled to vote, tired of trusting  Pashinyan and hoping for his promises to be fulfilled, simply did not  come to vote. But there was no revenge either.

"The Armenians are really tired. That is why there will be no civil  war promised by the pessimists before the elections. But Pashinyan's  promises to divide the country into right and wrong again will not  bring peace and better life as well. It was fatigue that played a  decisive role in the reluctance of the Armenian society to call on  the old leaders in order to win new wars. And I don't think that  there will be new leaders in Armenia today for revenge over  Azerbaijan. I think it is necessary to recognize this and get  involved in completely different, far from war battles. That will  allow them to preserve dignity and, most importantly, to stop  tormenting the Armenian people," the political scientist summed up.

According to the preliminary results of the early parliamentary  elections held on June 20 in Armenia, after the CEC counted votes  from all 2008 poll stations, the "Civil Contract" party of acting  Prime Minister of Armenia Nikol Pashinyan won by 687,251 votes  (53.92%) . Pashinyan won in all regions of Armenia, including  Yerevan.