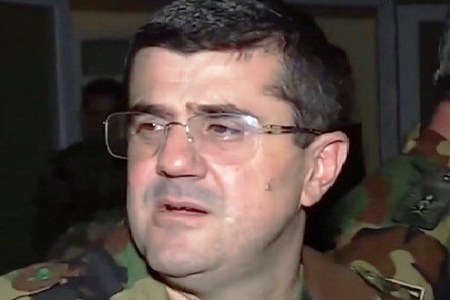 ArmInfo. A protest rally demanding the resignation of Artsakh President Arayik Harutyunyan is being held in Renaissance Square in Stepanakert.

According to the footage disseminated from the rally, this is one of  the many demonstrations that took place in Artsakh after the last  large-scale aggression of Azerbaijan against the NKR.

The demonstrators are not satisfied with Harutyunyan's actions and  believe that he does not defend the interests of Artsakh and its  population. The people chant "Traitor", "Go away!" The protesters,  through State Minister Artak Beglaryan, conveyed their demand to  Harutyunyan.

It should also be noted that at night Arayik Harutyunyan was spotted  by journalists at the headquarters of the "Civil Contract" of acting  Prime Minister of the Republic of Armenia Nikol Pashinyan. He stated  that he arrived in Yerevan on personal business.