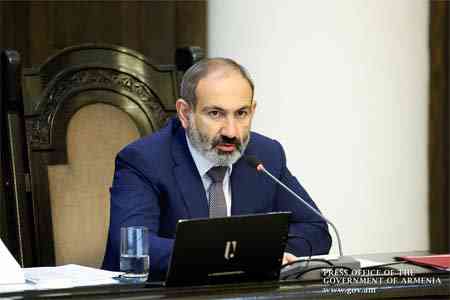 ArmInfo. Acting Prime Minister Nikol Pashinyan, whose "Civil Contract" party won a convincing victory in the early parliamentary elections the day before, is  holding a meeting with its supporters on Republic Square.

It is worth noting that this is not the most populous rally that  Pashinyan has gathered. Despite the fact that according to  preliminary data from the RA CEC, Pashinyan's party won the votes of  53.9% of citizens, there are several thousand citizens (less than 10  thousand) on the square. Judging from the dialect of the assembled  people, there are a lot of people brought from the regions.

Nikol Pashinyan noted during his speech that the election results  demonstrated that the people, represented by the "Civil Contract",  had won a victory in all regions of the country and in the capital  Yerevan.

"Today, we will actually record that the crisis that arose in the  country on November 9, 2020 has been overcome, and we will return to  normal work from tomorrow. But the conditions and environment have  changed significantly. The people have given to RA government the  mandate of implementing the dictatorship of the right, subsequently,  the revolution of "Steel" has won, "Pashinyan said, boasting that  international observers gave a high assessment to the elections and  ascertained their legitimacy.  At the same time, he suggested that  all political forces start acting from a new simple point, abandoning  the vocabulary of foul language. Pashinyan assured that a new page of  history is opening for Armenia and Artsakh, which needs to be started  consolidated on the basis of national identity. However, he promised  that he would serve as example in this process. The head of  government also assured that they will not abandon their earlier  promises and that there will be absolute rule of law in the country.   Pashinyan also said that from tomorrow he will start holding   dialogue with all political forces that are ready to conduct it in  the name of the future of Armenia. In conclusion, he noted that the  mechanism of confiscation of illegally acquired property had been  launched and invited all those who illegally enriched themselves at  the expense of the state to start negotiations for the return of the  stolen property