SCR reminds of the need to comply with safety standards 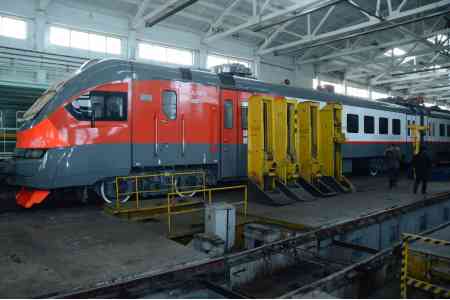 ArmInfo.The South Caucasian Railway Company (SCR) once again reminds citizens of the need to observe safety rules on the railway. This is not a place for games,  pranks or jokes that pose a real threat to the life and health of  passengers, train safety.  The company stated with regret that not  everyone is fully aware of this.

"So, yesterday, the teenagers broke the glass in the Almast-Shorzha  train, which was leaving with passengers from Yerevan. Fortunately,  no one was hurt.

The same teenagers have hammered crutches into the joints of the  tracks, which may lead to serious consequences, including derailment  of trains and injury to passengers.

Thanks to the professionalism and vigilance of the railway workers,  this time it was possible to do without dangerous consequences.  However, the line between prank and hooliganism, and even a crime, in  this case is very thin and easy to cross, "the SCR statement says.

The South Caucasian Railway will continue to work with the  authorities and schools located near the railway, and will continue  to explain the danger of such "jokes". However, we urge parents to  also follow their children, who often play near the railroad, because  the school and railroad workers will not always be able to control or  influence their behavior.