CIS Observer Mission: Violations during the elections in Armenia were  not systemic and did not affect their results 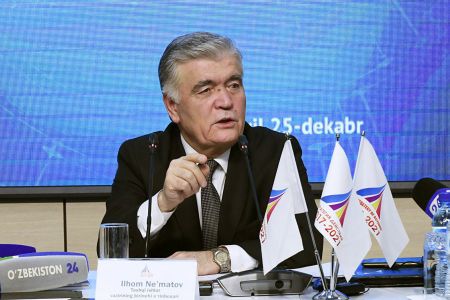 ArmInfo.The CIS observer mission did not record gross violations during the early  parliamentary elections in Armenia, which would have influenced the  course of their results. This was stated by head of the CIS Observer  Mission Ilhom Nematov, reading out a collegially drawn up document by  the organizational council of the mission, which included  representatives of the CIS Parliamentary Assembly (PA), CSTO PA, the  Parliamentary Assembly of the Union of Russia and Belarus, members of  the CIS Executive Committee.

According to him, the CIS mission visited a total of 800 polling  stations. In this regard, Nematov stressed that the voting procedure  was carried out in accordance with the RA Law and with the  requirements of the RA Electoral Code. Moreover, he noted that the  elections were held at a high organizational level, and all  conditions for free expression of will were provided for the citizens  of Armenia.

In turn,  representative of the CEC of the Russian Federation Pavel  Andreyev noted the professional approach of the Central Election  Commission of Armenia. "Despite the high intensity of the political  struggle, the CEC of Armenia worked efficiently. The fears that the  political struggle would find its splash in the polling stations were  not confirmed," he said.

The "Civil Contract"  party led by Nikol Pashinyan won in all regions  of Armenia, including Syunik and Yerevan.