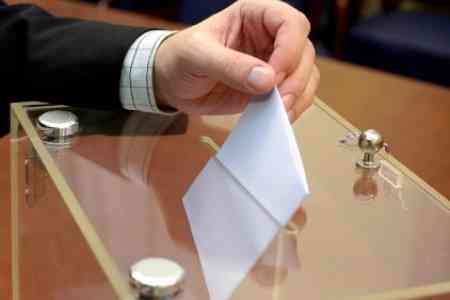 ArmInfo.During the first nine hours of voting at the early elections to the Armenian parliament, the observer mission from the CIS Interparliamentary Assembly (IPA)  did not register any serious violations.

"The [electoral process] is proceeding quite calmly, in a  business-like manner; observers from our mission have not revealed  any comments or significant shortcomings," mission coordinator Igor  Komarovsky told TASS.

He said that the IPA CIS mission had a meeting with observers from  the OSCE / ODIHR, who also stated that they had not identified any  serious violations. According to Komarovsky, the revealed minor  violations were of a technical nature - identifying the identity of  the voter, issuing ballots.  Extraordinary elections to the National  Assembly of the 8th convocation were held in Armenia today. From  08.00am local time, 2008 polling stations were opened throughout the  republic in 38 territorial districts.  479 are located in Yerevan,  another 1529 - in the regions. According to the Armenian police, 2  million 578 thousand 678 people are registered in the voter register.  2.578 million citizens have the right to participate in elections -  more than 855 thousand in Yerevan. Polling stations closed at exactly  8:00pm Yerevan time.  The vote counting process has started.