"I Have Honor": the elections to the parliament of the 8th  convocation are unprecedented in terms of the number of electoral  violations 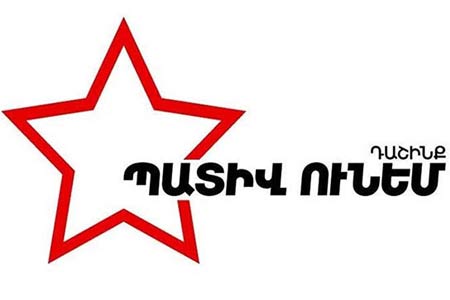 ArmInfo. The early parliamentary elections are unprecedented in terms of the number of electoral violations, said representative of the "I Have Honor" bloc, spokesman  for the Fatherland party Sos Hakobyan on June 20 at a press  conference.

"I Have Honor" records that, especially over the past 48 hours, the  "interim government" has been carrying out repressions against  candidates and supporters from the bloc. So, according to him,  illegal searches and detentions were carried out, most of which were  canceled by the court.

As of 3:45 pm, mainly from regional polling stations, "I Have Honor"  continuing to receive alarms about coercion by local officials and  the facts of directing the will of voters. There are numerous facts  of the absence of the seals of the polling station, as well as the  presence of marks on the ballots making them invalid. The current  government, according to Hakobyan, also continues to influence the  will of the servicemen when voting - from the rank and file to the  officer corps.

Extraordinary elections to the National Assembly of the 8th  convocation have started in Armenia. From 8.00 am local time, 2008  polling stations were opened throughout the republic in 38  territorial districts.  According to the Armenian police, 2 million  578 thousand 678 people are registered in the voter register.  479  are located in Yerevan, another 1529 - in the regions. 2.578 million  citizens have the right to participate in elections - more than 855  thousand in Yerevan. 25 political forces are taking part in the  elections: 4 blocs and 21 parties. The elections will be held on a  100% proportional system. The entry barrier for parties is set at 5%,  for alliances - 7%. There is no turnout threshold.