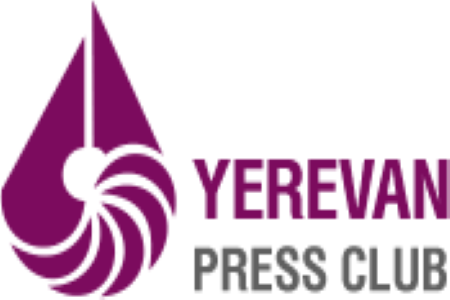 ArmInfo. Yerevan Press Club has published an interim report on the monitoring of the Armenian media in the pre-election promotion period  of the upcoming snap elections  to the RA National Assembly.

According to the message received by ArmInfo, the research was made  through the support of IMS (International Media Support) from June 7  to June 12 .The content of this report is the sole responsibility of  Yerevan Press Club and do not necessarily reflect the views of IMS.

OBJECTIVES OF THE MONITORING are to define and determine through  analyzing quantitative and qualitative data:

-the level of attention of the media of Armenia to the June 20, 2021  snap elections to the RA National Assembly;

-the level of balanced presentation of various positions of the  political forces participating in the snap parliamentary elections;   how free and impartial the media were in informing the voters of the  parties/blocs running in elections to the RA National Assembly,  ensuring their access to media to express their views and opinions,  thus assisting the voters in making an independent and conscious  choice;

-how compliant the media were with the legislative provisions,  regulating the coverage of the pre-election promotion;

-how actively the media touched upon the post-election situation and  reflected the spectrum of assessments of the electoral process.

The study is implemented in three stages: the period preceding the  official pre-election promotion (May 31 - June 6, 2021), the official  campaign (June 7-18, 2021) and the postelection period (from the  closing of polling stations on June 20 to June 27, 2021).  The  current report presents the results of the first half of the second  of the mentioned stages - from June 7 to 12, 2021 (see below the  monitoring methodology).

As in the first report (May 31 - June 6, 2021), the monitoring team  highlights that the severity of the political struggle and the  unprecedented number of political forces participating in the  elections (26) resulted in active coverage of the campaign by the  media. The withdrawal of "Armenian Eagles: United Armenia" party from  the pre- election campaign did not change anything in this sense.

According to the source, THE COMPARISON OF THE TRENDS at the first  and second stages of the study allows to re-emphasize the importance  of clear legislative regulation of the work of broadcast media during  the pre-election period. Starting from June 7 - when the provision of  equal conditions to all the political forces participating in the  elections is mandatory - the coverage of the studied TV and radio  channels became much more balanced than in the previous period.  However, the limited access of a number of political forces to air  for a long time, including after the announcement of the elections,  can hardly be compensated in 12 days of the pre-election promotion,  even if balanced coverage will be ensured in that period. As it has  been repeatedly noted for several years in the Yerevan Press Club  media studies the mentioned circumstance requires the spread of the  principles of coverage of election campaigns for a longer period than  12 days of official campaigning, as it happens during snap elections.

IN THE PERIOD COVERED BY THE CURRENT REPORT, from among the national  broadcasters the First Channel of Public Television and "Yerkir  Media" showed the greatest attention to the elections. The aggregate  volume of airtime allocated by these two broadcasters to the coverage  of the election campaign was almost two times higher than the  corresponding aggregate indicator of the other five studied TV and  radio channels.  "Kentron" and "Shant" TV channels can be included in  the second group in terms of the level of activity in the coverage of  elections (hereafter for the quantitative results of the monitoring  see the attached tables).

At the same time, in comparison with the results of previous similar  studies by Yerevan Press Club, a certain change should be noted in  the work on the coverage of the elections by "Kentron" TV company. If  before it used to compete with "Yerkir Media" in terms of the  intensity of coverage, this time it shows comparatively less  attention to the campaign.  In addition, if in previous years, the  particular focus of "Kentron" was "Prosperous Armenia" party  associated with the TV channel, now, according to the indicators of  the first six days SNAP PARLIAMENTARY ELECTIONS 2021 3 of the  election campaign, the clear front-runner here - both in terms of  volume and frequency of coverage - is "Civil Contract" party. The  indicators of "Armenia" bloc and the "Republic" party are almost  similar to those of "Prosperous Armenia". Three other national  broadcasters - "Armenia", ATV and the Public Radio lag significantly  behind in terms of attention to the current election campaign, and  with a few exceptions limited themselves at the current stage of the  study to news coverage of the elections.

AS POSITIVE TRENDS in the coverage of the current election campaign,  recorded by the YPC monitoring team both from the beginning of the  study and during the six days covered by the current report the  following can be noted:

Since June 7, there has been a sharp reduction of attention to the  representatives of "Civil Contract" holding various leading  government positions, without specifying their party affiliation.  This presumably indicates the refusal of the studied media to conduct  covert propaganda in favor or to the detriment of the ruling  political force.

The content of the pieces of the studied broadcasters does not give  any good reason to talk about the abuse of administrative resources  in the course of the current campaign to influence the media sphere.  And this despite the fact that local election observers give a lot of  evidence of the abuse of administrative resources in organizing  various kinds of pre-election events.

The pre-election debates, organized by both the Public Television and  the national private TV channels, despite some incidents, are  proceeding in a much more constructive manner and with a greater  disposition to observe certain principles of political culture than  the events within the framework of the pre-election promotion.

In the programmes of the studied broadcasters, there were almost no  episodes where children were used for election campaign purposes.  However, judging by the videos disseminated in the online media and  social networks, the participants of the pre-election race and, in  particular, "Civil Contract" party, use such techniques quite often  at meetings with the public, especially in the regions of Armenia

THE NOTED TRENDS allow the YPC monitoring team to make a preliminary  conclusion that the media component of the pre-election campaign, and  first of all the activities of the national broadcasters are more in  line with the Armenian legislation and international standards than  the election campaign as a whole.

The full text of the report can be found at the following link:   https://arminfo.info/files/2021_rus.pdf