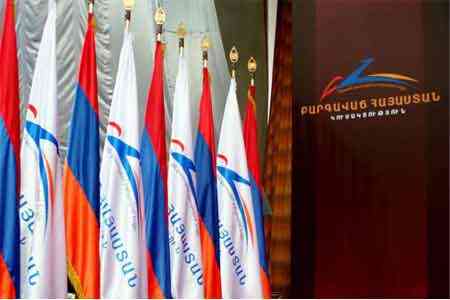 The candidate for prime minister of Armenia, leader of the Prosperous  Armenia party Gagik Tsarukyan once again stressed that the salvation  of the Armenian people lies in the conclusion of a new military-  political document with a century-old friend - Russia. Tsarukyan  calls for building "honest" relations with the Russian Federation,  and with its help to protect the state borders of Armenia.

The head of the party recalled his promise to "nullify" the loans of  about 2 million borrowers after coming to power, to reduce interest  rates on agricultural loans to 2%, to start production and restore  the economy.  In addition, Tsarukyan promises to attract  multibillion-dollar investments in the country, which will increase  salaries and pensions, introduce mechanisms that allow a student from  a low-income family not only to pay for tuition, but in the future -  to find a job, and provide citizens with access to quality  healthcare.

Extraordinary parliamentary elections in Armenia will be held on June  20. To participate in them, 25 political forces are registered - 21  parties and 4 blocs.