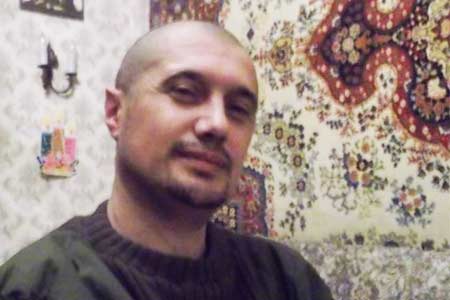 ArmInfo. The border regions of Armenia have their  own unique specifics and are considered as priority components of  development in national tasks.

Their specificity lies not only in the most important component of ensuring the country's security, but also in solving such pressing issues as maintaining the demographic  balance and development of the regions. The ArmInfo correspondent  addressed the head of the non-profit organization Union of Borderland  Producers Tigran Mazmanyan about the problems that have accumulated  in the Armenian borderlands.

- A few words about your Union, please. We know almost nothing about  you.

The Union of Borderland Producers was registered several years ago  with the aim of assisting producers and investors in border  settlements. By the way, they have been exempted from taxes since  January 2015 by a special government decision. Although the pandemic  and the subsequent war made adjustments to the activities of the  Union, in my deep conviction, the time has come to return to the  pressing problems of local business, the creation of new jobs,  especially since a number of new villages and possibly even town will  soon be added to the list of communities.

We work in Chambarak, however, in addition to Chambarak, it is  planned to open branches in Kirants and Yeraskh, as well as in  Syunik.

In the long term - assistance to producers of products of border  villages in organizing sales of their finished products directly at  retail. If not assisted they face a difficult task of finding a  market.

-Tell us about how the law you mentioned works. Are tax  incentives attracting investors?

- Unfortunately, the law is crude in terms of guarantees, unlike, for  example, the law "On the development of highland regions" in Georgia,  where the manufacturer receives tax exemption for 10 years, and,  accordingly, has all the possibilities for long-term business  planning. As a consequence, due to this uncertainty, we do not have a  single serious investment in the border area, with the exception of  the Tavush Textile company, since no financial institution accepts  business plans in which the tax payment factor is in limbo.

In our opinion, the expected amendments to the legislation on  exemption from customs duties and postponement of VAT on imports of  equipment to manufacturers exporting at least 80% of their products  should also include tax exemptions for similar enterprises operating  in the border area for a specific period.  The Tax Code also contains  a very controversial article that provides for the deprivation of  benefits in the event of violations for the current and next calendar  year. This is, in fact, the Sword of Damocles, which can interrupt  production, deprive any long-term business initiative of soil.

Another support measure could be a 50% reduction in employees' social  payments, which for some reason, is applied at large construction  sites in Yerevan, without special need for that, but in the interests  of specific persons. Considering, moreover, that the national postal  operator, Haypost has killed e-commerce by increasing international  tariffs threefold since January, while borderland exporters need 50%  subsidy of the tariff. For example, the Ministry of Industry and  Trade of the Russian Federation plans to subsidize all  manufacturers-exporters in the Russian Federation sending goods by  Russian Post. A number of EAEU states have long abolished customs  duties for export and re-export, but in the minds of our officials,  export is a container of goods, and, according to their  thoughtlessness, several thousand drams of fees should not be  tangible for business. While in the same Belarus, using the  opportunity of the EAEU customs legislation, they raised the bar for  simplified postal export registration from 200 to 1000 euros.

In general, the attitude of the state to business, the essence of  which is the simple principle of "snatching at least something" into  the budget is fundamentally wrong. Unfortunately, there is still a  situation in the country, in which fiscal goals outstrip and dominate  development goals and are completely unbalanced.

For example, the use of the word "Armenia" and its derivatives in the  names of companies and trademarks costs 600 thousand AMD per year,  which is completely unacceptable for at least exporting enterprises.  All over the world, this is regulated by the criteria for matching  the name of the activity and the origin of goods, and not by the  collection of a state duty.

- Let's turn from economy to the actual topic of security,  defense. Sometimes we have to deal with very contradictory  information related to the organization of the defense of border  settlements.

The problem of owning and carrying weapons for self-defense in the  border area has existed for the three decades already and has became  especially acute after the war. Year ago we proposed changes in the  law on weapons, namely -add to the category of civilian weapons  rifled ones for borderlands, having established for its acquisition a  qualification of residence of three years without the right to export  it from designated territories and allow it to be carried in  established places where it is necessary. However, it was verbally  stated that soon everything will be fine and a corresponding law is  being prepared. And literally a month before the war, in early  September, a completely shameful half-hearted decision on the militia  was announced, and the Deputy Defense Minister proudly stated that  Armenia will not face the threat of the Swiss and Israeli example and  the population will not have weapons. And in my opinion, only the  occupant authorities can be afraid of an armed people.

Over the past three years, the incumbent government has clearly  proved its incapacity and is not able to offer anything but bawdy and  populism. Ambitious amateurs sometimes do not even bother to respond  to offers and inquiries. On the other hand, the representatives of  past periods, who were striving for power, are swindlers of various  calibers, dreaming of gnawing at the remnants of the state.

But there are still certain forces in the country and we have a  concrete and effective dialogue with them, various projects related,  for example, to the development of organic farming for the  borderlands. The lack of sufficient diversification in the economy  and in the export of products, if not harmful, is very risky for the  country. Regional projects, including border ones, are quite capable  of smoothing out this situation.  There should be a lot of them and  they should be different - from agricultural processing to small  production workshops. After all, we have huge potential in a number  of industries, you just have to look around, and not look hypnotized  in one direction.

In conclusion, I would like to add that we are open for cooperation  and assistance in any form, including in solving organizational  issues. I will be grateful if our organization is contacted with  specific wishes and proposals - [email protected]