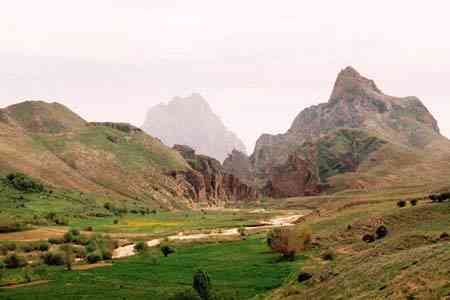 ArmInfo. Zangezur Copper-Molybdenum Combine CJSC intends to apply to the law  enforcement agencies of Armenia in connection with the statements  made by the acting Prime Minister of the Republic of Armenia,  candidate for prime minister from the "Civil Contract" party Nikol  Pashinyan against the company and defend their rights in national and  international instances.

So, in the statement of the General  Director of ZCMC Parag Johannes Bhatt , it is indicated that Nikol  Pashinyan's accusations against the company and its employees are  groundless.

"We regard the threats of revenge against the company and its  employees from the acting Prime Minister in Kajaran and Kapan of the  Syunik region of the Republic of Armenia as a gross violation of the  Constitution, current legislation, international treaties on the part  of a person holding the highest state office. We consider such  statements as a threat of deprivation of property and interference in  private economic activity, accompanied by hints of physical violence,  calls for lynching, calls for unrest in the workplace, etc. " the  head of the company noted calling on all the forces participating in  electoral campaign (including the authorities), refrain from the  temptation to speculate the name of the company for their own  political purposes.

Bhatt also stressed that the plant he headed has always refrained  from interfering in political processes, as well as did not interfere  with the expression of the political and civic position of its  employees.

To note, Pashinyan on June 15 during the election campaign in Syunik  region at a meeting with residents of Kajaran noted that he was  informed about the fact that the workers of ZCMC were forbidden to  participate in his rallies under the threat of layoffs. The acting  prime minister promised to dismiss everyone by July 15, who prevented  citizens from participating in his rally and assured that the  Armenian people would have a share in this company. Moreover, at a  rally in Sisian, Pashinyan also addressed this topic, noting that it  is around ZCMC that incomprehensible business interests and companies  revolve.

Note that in April Nikol Pashinyan reported that the Armenian  government received signals from its foreign partners that dubious  and incomprehensible processes are taking place at the Zangezur  copper- molybdenum combine, which is undoubtedly a national wealth.

In this regard, he noted the need to return to the 2000s, when ZCMC  was privatized. What was the price of privatization, the scheme, from  whose side, whose names appear, who then became the owner, what are  they doing today.

Note that Zangezur Copper Molybdenum Combine CJSC (ZCMC) is the  largest mining company in Armenia. The company's shareholders are  officially the German company Cronimet Mining (60%), Yerevan Pure  Iron Plant OJSC (15%), Armenian Molybdenum Production LLC and  Zangezur Mining LLC (12.5% each). However, some experts, having  checked the information, considered it incomplete and not  transparent, since the structure of minority shareholders is not  clear. There was information in the press about the presence of  interests in it on the part of family members of the third president  of Armenia, Serzh Sargsyan, who resigned after the "velvet  revolution". A number of Armenian parliamentarians appealed to the  relevant authorities with a demand to start an investigation into the  fact how rather "modest" persons, especially close to the family of  the former president, began to own the multimillion-dollar assets of  the company.