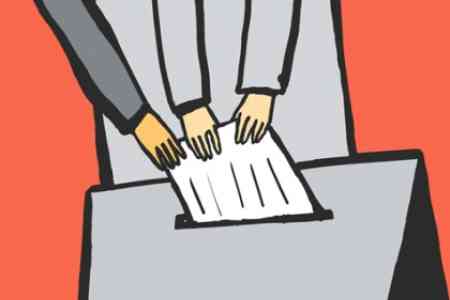 ArmInfo.The electoral code of Armenia, which has repeatedly undergone serious changes, fully meets all international democratic norms. This was stated by the head of  the CIS observer mission, deputy chairman of the executive committee  of the CIS executive secretary, Ilkhom Nematov, who arrived in  Armenia on June 16.

The head of the mission noted that from the moment of its approval -  in 2015, significant changes were made in the IC of Armenia 9 times  in the direction of improving the document. As a result, according to  him, the RA EC provides voters with a free, open expression of their  will.  Nematov reminded that long-term observers of the CIS observer  mission arrived in Armenia on May 31.  On June 1, having received an  accreditation certificate, as full-fledged international observers,  they began work on observing the early parliamentary elections in  Armenia. Long-term observers monitored preparations for the  elections.

In addition to long-term observers, the mission will also include  short-term observers who will represent the member states of the  commonwealth, as well as integration associations created in the CIS  space, such as the CIS Interparliamentary Assembly, the Parliamentary  Assembly of the Russia-Belarus Union. They will arrive in Armenia on  the eve of the elections - June 18-19. Most of them will be in  Yerevan, the rest - in the regions, where, among other things, they  will take part in the opening of polling stations and further monitor  the voting process. "A coordinating council will be created to give  an objective assessment with the participation of all observers. All  of them have extensive experience in observing both parliamentary and  presidential elections," the head of the mission said.

Currently, Nematov refrained from assessing the electoral process,  but referring to his colleagues said that everything is going well.

Earlier, the head of the CIS observation mission headquarters,  Yevgeny Kozyak, said that it is assumed that in total our mission  will include about 70 observers. "We will monitor the elections on  election day not only in the capital, but also in the regions of the  Republic. And at the end of the voting day, the next day we will hold  our press conference, at which the head of the mission, together with  representatives of those observer groups that are part of the  composition of our mission, will announce the theses and conclusions  to which our mission will come as a result of the observation, "- he  said.