Political scientist: Biden and Putin will discuss Artsakh in Geneva 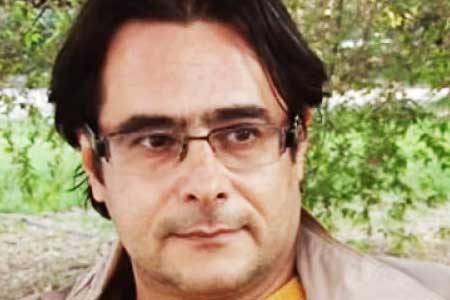 ArmInfo. The upcoming meeting of the U.S. and Russian Presidents in Geneva will undoubtedly have a connection with the already held meeting of Joe Biden with Recep  Erdogan regarding the discussion of the Artsakh issue. A similar  opinion was expressed to ArmInfo by Andrias Ghukasyan, leader of the  Constructive Party of Armenia, candidate for prime minister of the  "Free Motherland" bloc, political scientist.

The summit of the presidents of Russia and the United States will  take place in Geneva today. Expanded talks between Vladimir Putin and  Joe Biden will be held closed to the press and will begin at 2:55pm  Moscow time. Earlier, the White House voiced the possible topics of  the summit - the situation in Ukraine and Belarus, the heads of state  will also spend "a fair amount of time" on discussing issues of  strategic stability. According to Biden's National Security Advisor  Jake Sullivan, Artsakh has become one of the issues on the agenda of  the meeting of the U.S. and Turkish Presidents.

"We see that on the eve of this meeting, the United States is very  active in presenting its position on the current status quo in  Artsakh, the essence of which is that, according to Washington's  views, Russian and Turkish peacekeepers in Artsakh and around Artsakh  are deployed on a temporary basis. Accordingly, they should be  replaced with a correspondingly mandated international peacekeeping  force. In this light, apparently, the U.S. President will raise  including the issue of the timing of the withdrawal of the Russian  contingent from Artsakh  before Putin in Geneva. I think that Biden  raised a similar issue at a meeting with Erdogan as well, "he said.   Ghukasyan believes that the prospect of replacing Turkish and Russian  forces in Artsakh with an international peacekeeping contingent is  far from sensational According to him, this may seem like a sensation  only in Armenia, while the inadmissibility of the settlement of the  Artsakh problem in the way it is being solved today, the United  States officially declared immediately after the transfer of power to  the Biden administration. The political scientist is convinced that  Washington views the current presence of the Russian and Turkish  military in Artsakh as temporary. Accordingly, discussing this issue  at all meetings with officials from Moscow and Ankara.

In this light, Ghukasyan noted that the U.S. statement on its  readiness to assist Armenia in the return of Armenian prisoners of  war from Azerbaijan, already provided assistance in the return of 15  prisoners of war, as well as the call to return all the remaining  prisoners of war reflect Washington's intentions to achieve  compliance with the requirements of international law, and also  compliance with the rules of coexistence of states.

"We see how openly violating the Geneva conventions, Baku organizes  court shows against our compatriots. In response, the United States  and the European Union, practically all civilized states, demand that  Azerbaijan comply with elementary norms of international law. All  this is quite logical and natural, especially against the background  of the strange silence of Russia, the country which president's  signature is on the document, which clearly states the need for the  immediate return of all prisoners of war without any exceptions. In  this light, we should state that Moscow obviously cannot but reckon  with the interests of Ankara and Baku. Otherwise, Baku clearly would  not be able to refuse to fulfill its own obligations and bear  absolutely no responsibility for this," Ghukasyan summed up.