Cavusoglu: Armenia is invited to the diplomatic forum in Antalya 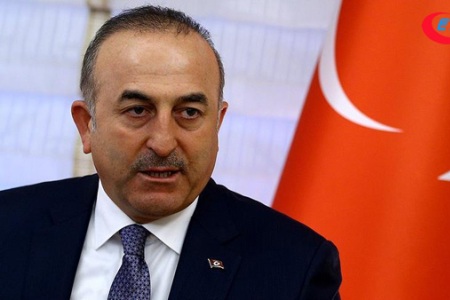 ArmInfo. Turkey stands for stability and peace in the South Caucasus. This was stated on Wednesday by Turkish Foreign Minister Mevlut Cavusoglu at a press  conference in connection with the preparations for the Diplomatic  Forum in Antalya.

Trying to justify Azerbaijan's aggression against Artsakh, the  Turkish minister said that the world community should respect the  of Azerbaijan.

The head of the foreign policy department of the state, which  arranged the blockade of Armenia, decided to shift the responsibility  for the injured party, that is, to Yerevan. "For many years Armenia  has been forcing relations with neighboring countries, has isolated  itself from cooperation. And all this is due to its own mistakes,"  Cavusoglu assured, adding that Armenia, "isolated from regional  cooperation for years, should learn from the processes in the region,  that will ensure peace in the region. " At the same time, the Turkish  minister assured that it is Armenia and the Armenian people that will  benefit most from cooperation in the South Caucasus.

"The situation in the South Caucasus will also be discussed at the  upcoming Diplomatic Forum in Antalya, the opening of which is  scheduled for June 18. Representatives from Armenia have also been  invited to the forum in Antalya," he summed up.

To note, at the time of writing the information, ArmInfo was unable  to clarify whether Armenia really received an invitation to take part  in the event, and if so, whether it will be accepted.