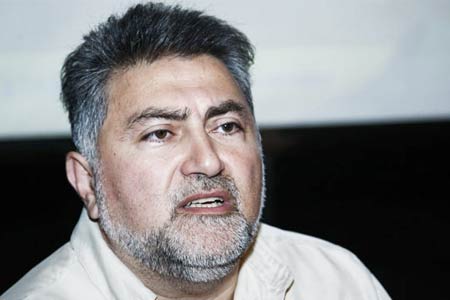 ArmInfo.Ara Papian, a member of the National Democratic Pole, a lawyer and political scientist, is convinced that the delimitation process that current acting Prime  Minister of Armenia Nikol Pashinyan is talking about has no legal  basis. Papyan stated this on June 16 during a press conference.

Thus, in his words, the National Democratic Pole believes that the  issue of Artsakh must be resolved within the framework of restoring  the territorial integrity of Armenia - the present Republic of  Armenia must act as the legal successor of the first Republic. As the  expert pointed out, Azerbaijan on October 18, 1991 renounced the  Soviet political and legal heritage. Consequently, according to the  internationalist, Baku's expectations that the delimitation should be  based on the dividing lines of the administrative borders of the  Soviet period.

Papian expressed regret in connection with the statements of first  President of the Republic of Armenia Levon Ter-Petrosyan that the  whole world recognizes Artsakh as an inseparable part of Azerbaijan.   According to him, firstly, the whole world does not and cannot have a  clear position on this issue.  Secondly, it is important what  principles Armenia itself is based on to resolve this conflict.  "Unfortunately, since the time of Levon Ter-Petrosyan, Armenia has  made serious mistakes: the RA had to unambiguously proclaim itself  the legal successor of the First Republic, then the conflict would be  transferred to the plane of international law and the question of  what the internationally recognized borders of the League of Nations  of Armenia were,"  he stated.