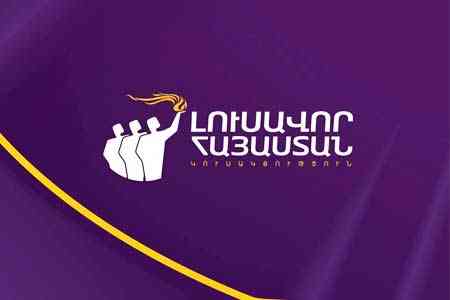 So, on June 15, in an interview with journalists during the election  campaign in the administrative district of Yerevan Kanaker-Zeytun,  candidate for lawmaker from the "Bright Armenia" party David  Khazhakyan assured that their party is the only real alternative to  the former and current authorities, as evidenced by the results of  polls ...

At the same time, he added that there are other forces that come up  with an alternative agenda, but they do not have time to be heard  more by citizens due to the short period of the campaign (12 days -  ed. note).

In turn, Ani Samsonyan, a lawmaker from the "Bright Armenia" of the  outgoing parliament, stated that even if we put aside the aggressive  rhetoric of the campaign, one thing is clear that the leaders of some  political forces are no longer only scattering verbal threats, but  are already using tools (he means Acting Prime Minister Nikol  Pashinyan - ed. note), which people associate with striking. "Today  we are talking about a hammer, and tomorrow maybe the leaders of  political forces will come out to people with an ax and try to  explain something to the people. This is unacceptable, since we are  doing everything to reduce tension and aggression in society, and  these leaders, on the contrary, incite hatred. Leaders of political  forces are increasingly showing what they are going to do with their  opponents if they come to power. This should be a signal that leaders  trying to destroy the constructive environment cannot enlist the  support of the people, "the opposition MP said.