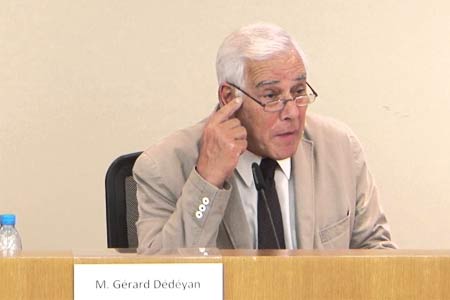 According to the source, Dedeyan noted that his studies related to  the history of the Armenian people, as well as cooperation with the  Yerevan State University, with academicians, directors of institutes  and members of the National Academy of Sciences, played an important  role in his election.  As the source says, his scientific research  relates to the history of the Armenian-Byzantine relations. In  addition, Dedeyan translated into French the "Yearbook" of Smbat  Sparapet (1980), is a co-author of the book "History of Armenia"  (published in 1982 in French).