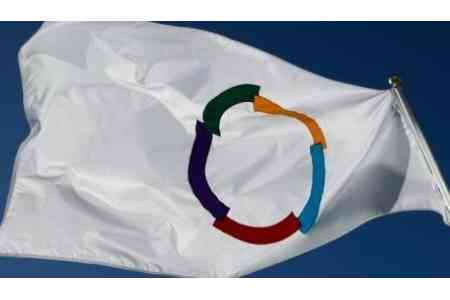 ArmInfo.The International Organization of Francophonie (OIF) will send a mission to monitor the early parliamentary elections in Armenia. This is stated in the  message of the OIF, received by ArmInfo.

According to the report, the Secretary General of Francophonie Louise  Mushikiwabo, at the invitation of the Armenian authorities, sent an  observation mission of the OIF to Yerevan.

"From today until June 22, the delegation will meet with the main  participants and institutions involved in the preparation and conduct  of the electoral process, as well as with international partners on  the spot to assess the organizational conditions for voting. On  election day, the delegation will carry out an observation mission at  several polling stations. In addition, the mission will collect  observations made across the country by the platform of local NGOs  with the support of the OIF, "the message says, adding that upon  completion of the electoral processes in Armenia, a final report will  be prepared, which can formulate recommendations for the  consolidation of the electoral system and practice.  The observation  mission of the OIF will be headed by the Deputy Senator, former  Chairman of the Parliament of the French Community of Belgium  Wallonia-Brussels, Member of the Parliamentary Assembly of the  French-speaking Countries Philippe Courard. The delegation will also  include Mathias Tankoano, President of the Supreme Communications  Council of Burkina Faso, and Myriam Gaume, election expert and  mission rapporteur.

It should be reminded that Armenia has been participating in the  activities of the OIF since 2004, and since October 2012 it has been  a full member of the International Organization of Francophonie. The  OIF consists of 88 states and governments: 54 members, 7 associate  members and 27 observers.  Let us remind that a number of, including  international structures, will observe the course of the electoral  processes scheduled for June 20 in Armenia. Among the observers are  the OSCE / ODIHR mission, OSCE PA, IPA CIS and others.