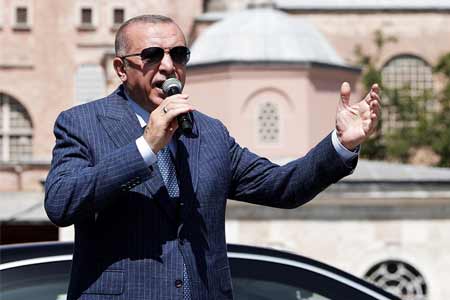 ArmInfo. The agenda of the visit of Turkish President Recep Tayyip Erdogan to the occupied Armenian Shushi has been announced.

As Anadolu reports, Turkish President Recep Tayyip Erdogan, who has  arrived on an official visit to Azerbaijan, will meet with President  Ilham Aliyev today at an official ceremony in Shushi, occupied after  the last Turkish-Azerbaijani aggression against Nagorno-Karabakh.

After a one-on-one meeting with the President of Azerbaijan, an  interstate agreement signing ceremony will take place. Then the heads  of states will hold a joint press conference. After that, the  President of Turkey will take a walk in Shushi.