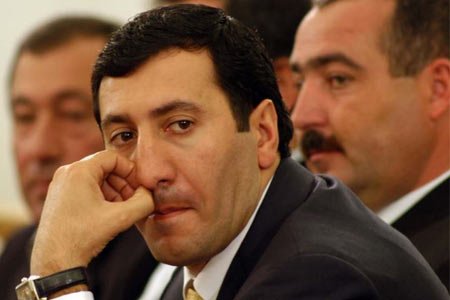 ArmInfo.The Court of Appeal rejected the complaint of the candidate for prime minister from the Democratic Party of Armenia Tigran Arzakantsyan against the CEC  decision.

The court upheld the decision of the Central Election Commission to  annul the registration of Tigran Arzakantsyan. Thus, Arzakantsyan  will not be able to take part in the upcoming parliamentary  elections, but according to the Democratic Party, he will continue to  support the political force during the election campaign.

Earlier it was reported that the CEC at an extraordinary meeting on  June 10 recognized the registration of the candidate for deputy from  the Democratic Party of Armenia Tigran Arzakantsyan invalid.  According to the chairman of the CEC Tigran Mukuchyan, according to  the document of the passport and visa department of the police,  Tigran Arzakantsyan has not been a permanent resident of Armenia for  the last 4 years, therefore, he has no right to be elected. According  to Mukuchyan, Arzakantsyan was absent from Armenia for 1005 days out  of 1461 days before the day of filing the application.  Thus, 25  political forces - 4 blocs and 21 parties - will take part in the  parliamentary elections on June 20.