Kocharian: It will take about 3 years to complete the post-war  reconstruction of the Armenian Armed Forces 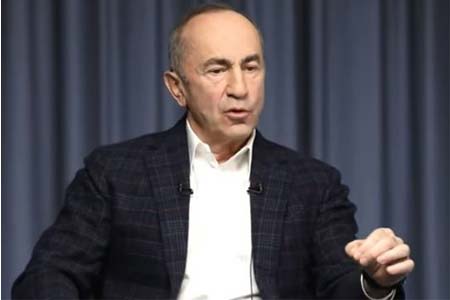 ArmInfo. Head of the "Hayastan" ("Armenia") bloc,  second president of the RA Robert Kocharian on June 14, during a meeting with voters in Metsamor of the Armavir  region of the republic, told in what timeframe it is planned to fully  restore the combat capability of the Armenian army.

So, according to Kocharian, it will take a year to restore discipline  in the army, to replenish it with contract soldiers, as well as to  furnish the border and strengthen its positions. " Otherwise, we will  not be able to maintain even the existing state of affairs," he said.  It will take three years to replenish weapons. "The losses (during  the 44-day war, Ed. note) are huge, but we will try to do it at a  faster pace," the candidate for prime minister of Armenia said.