Tatoyan: Armenian government must, through the ECHR, achieve the withdrawal of the Azerbaijani Armed Forces from the territory near the villages and inter-communal roads of the RA 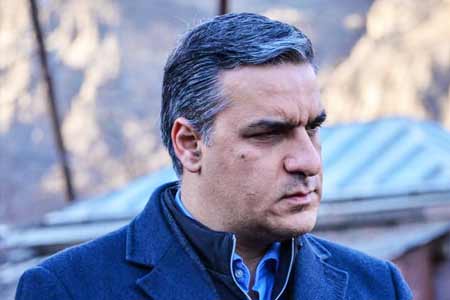 ArmInfo. The Armenian government should appeal to the European Court of Human Rights with an urgent interstate complaint, demanding the immediate withdrawal of the Azerbaijani armed forces from the territory near the villages and intercommunal roads of Armenia in order to create a security zone. This is stated in the statement of the Ombudsman of Armenia Arman Tatoyan.

The Human Rights Defender once again drew attention to the fact that the presence of Azerbaijani armed servicemen on the roads near the villages of Gegharkunik and Syunik, and between the communities of Syunik, their actions violate at least the following rights guaranteed by the European Convention on Human Rights of RA residents:

1) the right to life, Article 2 of the Convention;

2) the right to liberty and security of person, Article 5;

3) the right to respect for private and family life, Article 8;

4) the right to property, Article 1 of Protocol 1;

"The same applies to Azerbaijani flags and signs, any equipment of their armed forces. We will provide the Armenian government with the collected evidence confirming the indicated violations and justifying the urgent need to create a security zone," Tatoyan said in a statement.