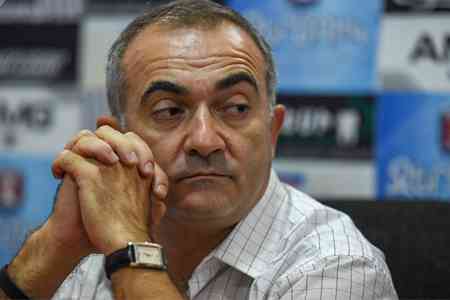 ArmInfo.Inaction never contributes to security. This point of view was expressed by the  adviser to the President of Armenia, political scientist Tevan Poghosyan.  At the same time, he stated that the word security has become very fashionable, but its meaning, perception and implementation are absent.

"I would like to interrupt your election campaign with one idea.  Erdogan (President of Turkey - ed. note) is going to Shushi. What  does this mean for them and how they can use it. But, what are we  doing?" Imagine if on the same day all the presidents of Armenia were  invited to Stepanakert. I already spoke about this in 2019, during  the All-Armenian Games, and now I repeat: Levon Ter-Petrosyan, Robert  Kocharian, Serzh Sargsyan and Armen Sarkissian should be in  Stepanakert on the same day and address the Armenians of the world  with the words of their intention to take a common risk and become a  united political nation, "- said Poghosyan.

According to the expert, this may seem like a romantic proposal, but  you need to understand that security will not fall into the hands of  Armenia from the sky. "If there is a goal, the right steps will be  found for its implementation. Inaction never contribute to security,"  Poghosyan summed up.  Note that Turkish President Recep Tayyip  Erdogan plans to visit the Armenian Shushi, occupied by the  Azerbaijani Armed Forces, together with Ilhom Aliyev.