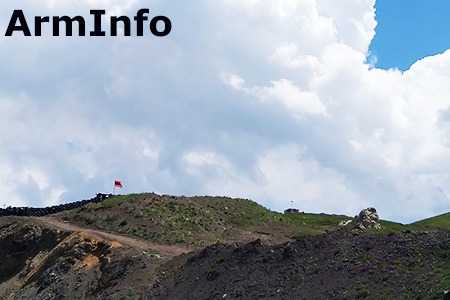 ArmInfo. The victorious second army corps guards the state border of Armenia: forced to retreat, but not broken.

Yesterday, ArmInfo's correspondent had the opportunity to personally  get acquainted with the conditions of the heavy service of Armenian  servicemen in the Sotk direction of the state border, to get  acquainted with the progress of the planned engineering work, the  living conditions of the combat posts and the difficulties our  military are facing due to the change of deployment.

To say that for all the Armenian servicemen who have gone through a  glorious military path, and who are entrusted with protecting the  inviolability of state borders in this area, it was a difficult task,  probably to say nothing. Here, the positions of the enemy forces are  located at a distance of 15-20 meters and the equipment of their  positions, movement can be seen with the naked eye. To protect these  areas, nerves of steel and a strong fighting spirit are needed, that  despite the difficult conditions of service, look with a smile and  optimism at the difficulties they face. In the direction of the Sotsk  section of the state border, we managed to get acquainted with the  conditions of two combat posts.  Everywhere we were met by boys -  conscript soldiers who at one time took an active part in the  hostilities in the direction of Karvachar. With minimal forces, they  defended the section of the border entrusted to them, not allowing  the enemy to advance one iota towards the task of capturing the  territory. Almost all boys have awards for excellent military service  and a twinkle in their eyes proudly shining on their chests. The  deputy commander of the second army corps, Colonel Hayk Petrosyan,  speaking about the engineering work in this direction of the Armenian  state border, emphasized that the army command is intensively taking  all measures to equip all new positions with the necessary.

"The combat positions are being equipped, engineering work is being  carried out, all measures are being taken to provide the combat posts  with all the necessary intensive means. Of course, there are also  difficulties. This is more about the construction of new access  roads, digging new trenches, but work in this direction are  consistently carried out, " said the officer, adding that in this  sector the enemy positions are in close proximity, approximately at a  distance of 15-20 meters. 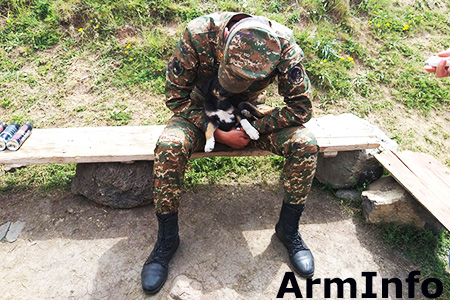 According to Petrosyan, Armenian soldiers in this area are protecting  the state border; no defensive steps are being taken at this moment,  since the enemy has not taken any action in this direction.

"Most of the dominant positions are located on the Armenian side,  but, of course, there are areas where they have higher posts than the  Armenian military. There are areas opposite each other at a short  distance. Only the Armenian Armed Forces are located here, there are  no Russian troops here,"  he said, adding that the Armenian military  is deployed in this section of the state border according to the  Soviet borders and began to build posts after November 9, 2020 (the  signing of the notorious trilateral document).

Petrosyan also stated that the illegal actions of the enemy were  mainly in the direction of the villages of Verin Shorzha and Nerkin  Shorzha, as well as Kut. Speaking about the situation in this  direction, he stressed that the RA Armed Forces do not seek a  military clash, which will lead to a new war and casualties.  According to Petrosyan, the Armenian leadership, together with the  Russian side, is negotiating to resolve the current situation by  political and diplomatic means. 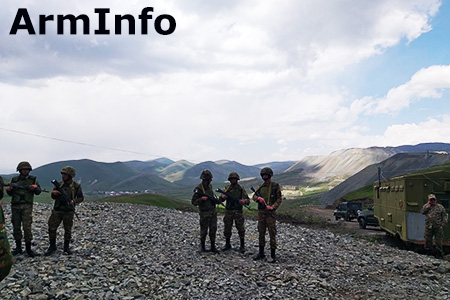 "There are areas where we managed to push the enemy back 2-2.5 km and  restore the border line. We are trying to solve the situation with  military-political diplomacy. Our task is to protect the integrity of  the state border of Armenia in all possible ways. The state border  must be inviolable," Petrosyan said.  Taking advantage of the  opportunity against the background of the upcoming elections and the  ongoing campaign, the Armenian officer reminded about the apolitical  character of the army and called on the political forces not to  speculate on the topic of the country's Armed Forces. "I call on  everyone - our people, the military-political leadership, the former  leaders of the country not to involve the army in political  processes. Let me remind you that according to Article 14 of the RA  Constitution and Article 8 on the status of a serviceman, the army is  an apolitical body," he said, adding that, willingly or unwillingly,  internal political processes in the country affect the moral and  psychological state of servicemen. "Today our army is in its place,  fulfilling its mission. All tasks that come from the command of the  General Staff and the commander of the military association are  properly carried out by units," the colonel said.

Speaking about the actions of the Azerbaijani Armed Forces in the  direction of the Kut community, Petrosyan noted that there was no  shooting in the direction of the village and the main task today is  not to allow the enemy to carry out engineering work at those heights  where they illegally invaded and are trying to gain a foothold. "The  Armenian Armed Forces periodically open fire in order to stop the  enemy's attempts to gain a foothold in occupied heights and carry out  engineering work," Petrosyan said. 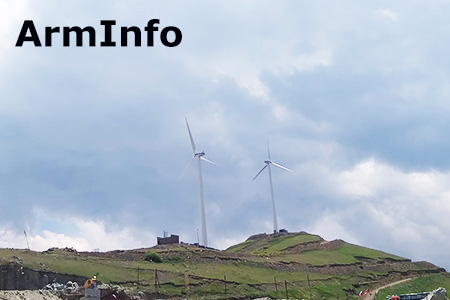 We, journalists, also managed to visit the Kut community and get  acquainted with the situation in the village, where about 170 people  live.

The head of the Kut village administration Sima Chitchyan said that  naturally people are worried about the situation near the village,  but there is no panic. "Everyone is in their homes. They live their  everyday life. Nobody left anywhere.  Of course, there are some  fears, but there is no panic. We are confident in our soldiers who  protect us and our territories," she said.

At the same time, Chitchyan complained about the inconveniences  created by the presence of the Azerbaijani military in the immediate  vicinity of the Armenian village. She noted that the villagers  naturally carried out the autumn sowing, and the spring sowing had to  be carried out with delays for objective reasons. "Our problem lies  in pastures and areas for haymaking. Since the people in our village  are mainly engaged in cattle breeding, and the enemy has settled on  our pastures, now there are difficulties with this," she said,  recalling that on June 5, the villagers have already lost 80 heads of  cattle due to illegal actions of the enemy.

A visit to this section of the border, a spark in the eyes of the  Armenian soldiers, their sincere smile and faith in a better future  made us repeat once again the conviction that the one who defends his  home, his hearth, his family and his Fatherland will never retreat  before difficulties, before the enemy. And the Armenian warrior will  never bow to difficulties, and until his last breath he will defend  his native land, his just cause, keeping fire in the hearth of his  home.