Tatoyan: Election campaign without meaningful discussions, but with  rhetoric of hatred and violence, further exacerbates polarization and  perverse division 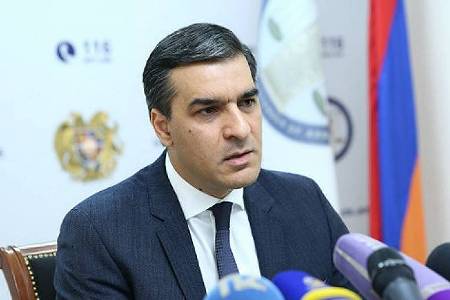 ArmInfo.The election campaign is not intended to show public scenes of mutual accusations, insults and foul language. This is stated in the statement of the Ombudsman of Armenia Arman Tatoyan.

As the Ombudsman notes, in the election campaign, instead of  substantive discussions, mutual accusations of various political  forces, including officials, cursing and insulting each other,  combined with rhetoric associated with violence, prevail.

"Moreover, it so happened that even the public has become accustomed  to scolding that when one side offends, scolds or blames the other,  the public begins to look forward to what and how the other side will  react. The impression is that the one who swears or insults with  louder and newer words is more powerful.  Then supporters of  political forces or public figures scold and insult each other with  the same words, "the statement reads.

As a result of all this, public discourse is almost completely filled  with topics of power disputes.  Meanwhile, as noted by Tatoyan,  during the pre-election period, the issues of concern to people that  have been raised for years in the annual and extraordinary reports of  the human rights defender should be discussed.

In particular, the Ombudsman drew attention to security problems.  About how the isolation of families in difficult situations will be  excluded, their integration into public life, the rights of parents  of children with disabilities will be ensured, bureaucratic delays in  health care or social security will be eliminated.  "It is clear that  instead of raising such real issues and offering solutions, mutual  insults and curses, any rhetoric related to hatred and violence  further exacerbates polarization and perverse divisions," the HRD  said in a statement.